We are talking Back to Basics this month on Where Is My Teaspoon. Eating whippy cones (99s) is one of my all time things to do in Summer and they are something so basic but oh so good. I’ve told you before that eating a whippy cone in Hyde Park is one of my all time favourite ways to spend an afternoon and that still stands! Since moving home though, I haven’t been short of a cone or 10. To be honest,  I have been eating them flat out – any opportunity before the season is over. But really, the only thing I like more than eating a whippy cone is seeing other people eat them too which brings me to Monday night.

Monday was just ridiculously hot out of nowhere. It lashed rain all weekend and suddenly was 26 degrees. I stepped out of work at 5.05pm and knew, it was the day for my last whippy cone of the season and so we went to Dún Laoghaire to waste the evening away and do some people watching.

Dún Laoghaire is such a funny place or at least I find it funny. Every second person you see there is eating a whippy cone because of this place called Teddy’s. Teddy’s is a whippy cone shop – basically holes in a wall – which has been in business since the 50s I think. The cones are only €2 and are really creamy and whipped in texture.

My favourite thing about it though is watching the people who get a whippy cone. You’d think it’s like daft people like me or families on holidays and stuff but actually so many people who are out on their own, walking home from work or even home from the shops, are eating whippy cones and munching on flakes and this makes me oddly happy. I just love that people still enjoy a treat which is now so basic people often forget about them. Who needs a fancy ice-cream parlour or lashings of toppings if the basic product tastes good?

Tonight though we were extra chubs and also got fish and chips on the pier and watched the sun go down and people roller-blade up and down the length of the pier. I can’t begin to imagine how many secrets that pier has heard as we were only there for about 2 hours and must have heard half the town’s news! It’s really nice to escape out of the house while the evenings are still bright enough but I think tonight could really be one of the last good nights in a while as September is here and Autumn will creep in big time over the next few weeks. 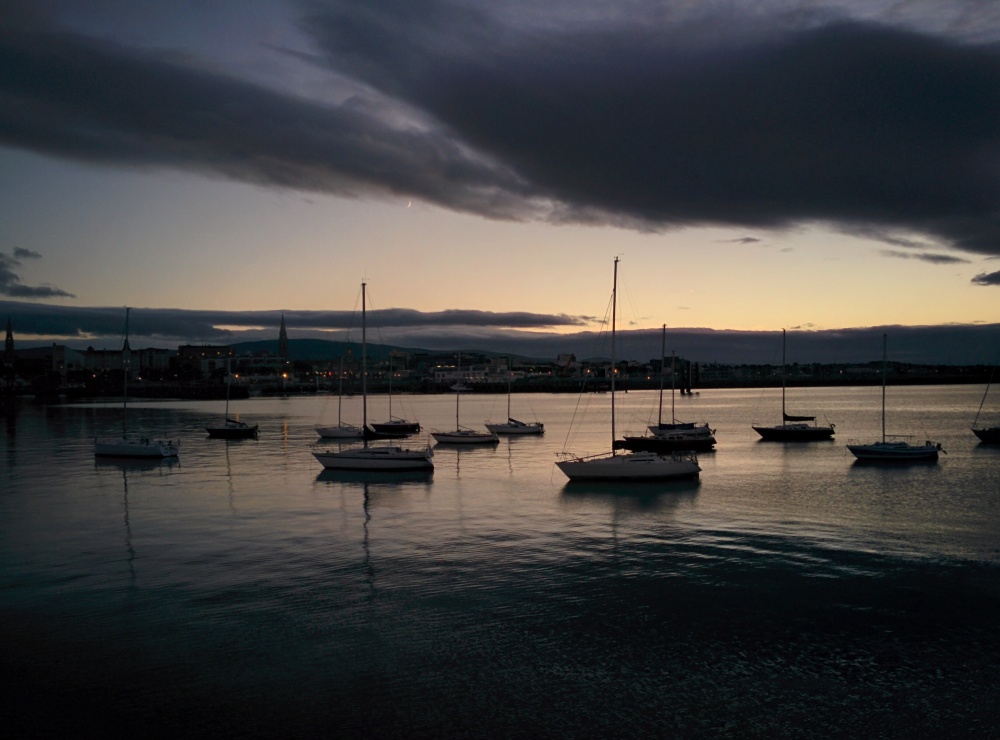